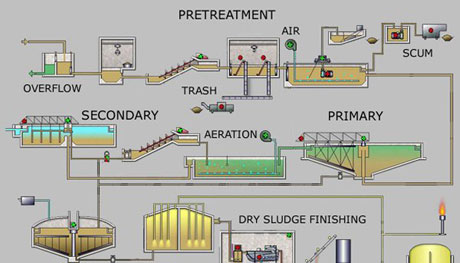 An RCM (Reliability Centered Maintenance) process systematically identifies all of the asset’s functions and functional failures, and identifies all of its reasonably likely failure/causes. It then proceeds to identify the effects of these likely failure modes and to identify in what way those effects matter. Once it has gathered this information, the RCM process then selects the most appropriate asset management policy.

RCM considers all asset management options: on-condition task, scheduled restoration task, scheduled discard task, failure-finding task, and one-time change (to hardware design, operating procedures, personnel training, or other aspects of the asset outside the strict world of maintenance). This consideration is unlike other maintenance development processes.

What are the functions and associated desired standards of performance of the asset in its present operating context (functions)? The specific criteria that the process must satisfy are:

* The operating context of the asset shall be defined.
* All the functions of the asset/system shall be identified (all primary and secondary functions, including the functions of all protective devices).
* All function statements shall contain a verb, an object, and a performance standard (quantified in every case where this can be done).
* Performance standards incorporated in function statements shall be the level of performance desired by the owner or user of the asset/system in its operating context.

The operating context is the circumstance in which the asset is operated. The same hardware does not always require the same failure management policy in all installations. For example, a single pump in a system will usually need a different failure management policy from a pump that is one of several redundant units in a system. A pump moving corrosive fluids will usually need a different policy from a pump moving benign fluids. Protective devices are often overlooked; an RCM process shall ensure that their functions are identified. Finally, the owner/user shall dictate the level of performance that the maintenance program shall be designed to sustain.

* Failure effects shall describe what would happen if no specific task were done to anticipate, prevent, or detect the failure.
* Failure effects include all the information needed to support the evaluation of the consequences of the failure, such as:

FMECA or FMEA usually describes failure effects in terms of the effects at the local level, at the subsystem level, and at the system level.

RCM assesses failure consequences as if nothing is being done about it. Some people are tempted to say, “Oh, that failure doesn’t matter because we always do (something), which protects us from it.” However, RCM is thorough it checks the assumption that this action that “we always do” actually does protect them from it, and it checks the assumption that this action is worth the effort.

RCM assesses failure consequences by formally assigning each failure mode into one of four categories: hidden, evident safety/environmental, evident operational, and evident non-operational. The explicit distinction between hidden and evident failures, performed at the outset of consequence assessment, is one of the characteristics that most clearly distinguishes RCM, as defined by Stan Nowlan and Howard Heap, from MSG-2 and earlier U.S. civil aviation processes.

What should be done to predict or prevent each failure (proactive tasks and task intervals)? This is a complex topic, and so its criteria are presented in two groups. The first group pertains to the overall topic of selecting failure management policies. The second group of criteria pertains to scheduled tasks and intervals, which comprise proactive tasks as well as one default action (failure-finding tasks).

The criteria for selecting failure management policies are:

There are three general categories of tasks that are considered to be proactive in nature:

An on-condition task is “a scheduled task used to detect a potential failure.” Such a task has many other names in the maintenance community such as:

* “Predictive” tasks (in contrast to “preventive” tasks, a name that these people apply to scheduled discard and scheduled restoration tasks.)
* “Condition-based” tasks, referring to “condition-based maintenance” or CBM (again, in contrast to “time-based maintenance” or scheduled discard and scheduled restoration tasks)
* “Condition-monitoring” tasks, since the tasks monitor the condition of the asset.

* There shall be a clearly defined (preferably a demonstrable) age at which there is an increase in the conditional probability of the failure mode under consideration.
* A sufficiently large proportion of the occurrences of this failure mode shall occur after this age to reduce the probability of premature failure to a level that is tolerable to the owner or user of the asset.

What should be done if a suitable proactive task cannot be found (default actions?) This question pertains to unscheduled failure management policies: the decision to let an asset run to failure, and the decision to change something about the asset’s operating context (such as its design or the way it is operated.)

If a process offers a decision to let an asset run to failure, the following criteria should be applied before accepting the decision:

NOTE: There are many articles written by Ricky Smith and Keith Mobley on Reliability which may help better explain some of your questions as they relate to RCM or maintenance strategies. Some of these articles can be found in Chapter 10 in their book “Rules of Thumb for Maintenance and Reliability Engineers”. 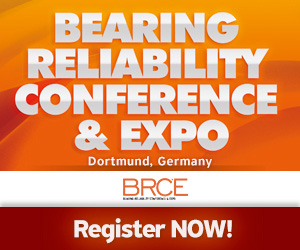